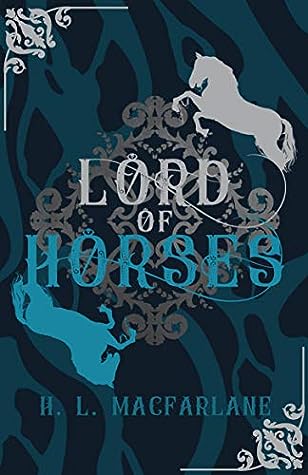 Just go up to the front door and knock, Murdoch thought. There is no other way around it. Be thankful you have this opportunity at all. Do not waste it.

When Murdoch finally crept along the gravelled pathway to the Darrow house he noticed that their carriage was missing, and that Sorcha’s parents’ room – as well as her father’s study – was dark. Not daring to believe that he had managed to stumble across Sorcha when she was completely alone, Murdoch ran a hand through his dark, sodden hair and breathed deeply through his nose.

This is it, he told himself as he held a fist up to the front door. She hasn’t seen you in two years. She probably believes she’d never see you again – probably doesn’t want to see you again.

For the sake of both their homes Murdoch had to ignore the stinging in his heart at the thought of Sorcha trying to push him away. And so, with an overwhelming sense of fear washing over him, Murdoch knocked on the door…just as it was flung open.

Sorcha stood in the doorway, bucket of water in her hands. It came crashing and clattering to the floor as soon as she saw Murdoch, dripping wet and naked, standing a mere foot away from her.

He risked a smile, though his frozen muscles protested strongly against it.

“Miss Darrow,” he said, inclining his head politely. “It has been too long.”


Sometimes a villain is not a villain, and first impressions have to change…

When the disgraced kelpie of Loch Lomond, Murdoch, discovers a new threat to his homeland, he finds a loophole in his banishment to show up at Sorcha Darrow’s door. Despite initial misgivings about Murdoch’s plea for help, Sorcha quickly agrees to help the creature out of guilt for what she did to him two years ago in the faerie realm.

Lachlan, now the King of the Seelie Court, is less than happy about the kelpie’s reappearance by Sorcha’s side. Fuelled by jealousy and possessiveness he considers once more finding out his mortal paramour’s full name in order to take her away from Murdoch forever.

But trouble is brewing between the Seelie and Unseelie Courts, and Murdoch and Sorcha – now travelling down to London to deal with the threat to their home – may just be caught in the middle of it.


The second book in the Bright Spear trilogy, Lord of Horses is loosely based on the Celtic fairy tale of The Kelpie Bride, and features a cameo from Scarlett and Adrian from Big, Bad Mister Wolfe (Chronicles of Curses book 1).

NOTE: Lord of Horses is written in UK (British) English, not American English.

The Witches' Blade (The Five Crowns of Okrith, #2)

Rights of Use (Project Black Book #1)

Ways of Seeing Mastering the Art of French Cooking The Goldfinch The Letters of Vincent van Gogh Bright Line Eating: The Science of Living Happy, Thin & Free Joy of Cooking Aaron Slater, Illustrator Wall and Piece Lord of Horses Solutions and Other Problems

Hayley Louise Macfarlane hails from the very tiny hamlet of Balmaha on the shores of Loch Lomond in Scotland. Having spent eight years studying at the University of Glasgow and graduating with a BSc (Hons) in Genetics and then a PhD in Synthetic Biology, Hayley quickly realised that her long-term passion for writing trumped her desire to work in a laboratory.